The latest novel from Tristan Stone

Why We should encourage opinions in the philosophy classroom 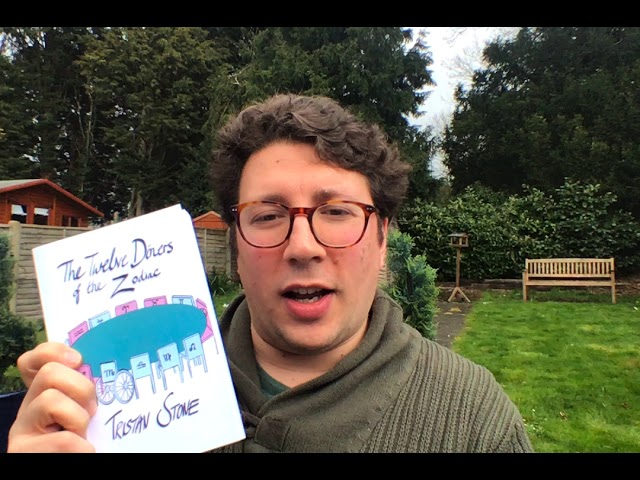 how to have a dinner party for 12 with social distancing

Twelve Diners of the Zodiac published

Born in Broadstairs (erstwhile home of Charles Dickens) as the elder of non-identical twins, Tristan fell in love with the written word and first had the ambition of becoming a writer at the age of five. Soon after this, he began learning the piano and violin and, aged eight, won a scholarship to study under the concert pianist, Ronald Smith.
In 1995, he became a Junior Exhibitioner at the Royal College of Music, London, where he trained for seven years under Erica Dearing and John Barstow.
Having completed his A Levels at Dane Court Grammar School, Broadstairs, he went up to Homerton College, Cambridge, to read Theology and Religious Studies in 2003.
It was there that he really began to explore his passion for literature again and started to develop an idea of Imaginal Theology – that is, that, in order to speak meaningfully of the divine (or even the moral) we must use our Imagination. Thus the creative arts are particularly suited to the work of theology. He experimented with poetry, wrote two (bad) novels and penned a prequel to Hamlet in verse whilst taking his degree.
After Cambridge, Tristan returned to Broadstairs and trained as an RE teacher at The Hereson School. He was one of the founding teachers, Harris Westminster Sixth Form, London, (2014-2020) where he served as  Assistant Principal and Head of House, before joining Ewell Castle School as Head of Philosophy and RS in September 2020.

In 2008, Tristan formed Inkling Media with fellow collegiate Warren Drew, and Samuel Pearce came on board soon after. In 2010, he co-wrote the screenplay for and directed a feature film adaptation of the book Blitzed by Robert Swindells, in collaboration with Newlands Primary School. Inkling Media works has worked with blues band Nine Below Zero, and has produced several of their music videos.

Over the last few years, Tristan has been writing further plays, poetry and prose. Having published two Philosophy Study guides under PushMe Press, Tristan published the first book in his "Time's Fickle Glass" series for Young Adults in December 2015 ("The Lesser Evil") and the second instalment ("The Golden Rule") in May 2017. He is currently working on a side-project, called "The Twelve Diners of the Zodiac" which is for adults.

Fifty Ways To Leave Your Father